Toposens’ sensor technology uses sound to support a robust, low-cost and precise short-range 3D vision for emerging technologies, such as autonomous driving, robotics, and smart buildings. Toposens’ latest offering is the TS3 3D ultrasonic sensor, that brings reliable close-range sensing to robots. The sensor combines selected hardware with sophisticated on-chip optimizations to make a small, lightweight sensor that produces 3D point clouds while consuming minimal power. With a 5-meter scan range and a field-of-view of up to 140° x 140°, the TS3 enables precise detection in any lighting condition and independent of an object’s opacity. The TS3 has been developed for robotic applications, whereas their earlier model was more focused on automotive information. Currently, a new sensor version for automotive applications is in development.

Toposens’ 3D ultrasonic sensors work by combining the time-of-flight principle of conventional ultrasonic sensors with triangulation and advanced signal processing algorithms: at the beginning of each measurement cycle, a transducer on the sensor sends out an ultrasonic pulse, that is reflected by surrounding objects and received by an array of microphones on the sensor. Based on the different times of when echoes arrive at the individual microphones, the origins of the echoes are calculated as 3D coordinates. These are put out at the end of each measurement cycle. A 3D Ultrasonic Sensor detects an object only at the strongest points of reflection. This explains why there are fewer points in a point cloud for 3D Ultrasonic Sensors compared to other sensors, which scan a grid, such as a lidar or 3D cameras. 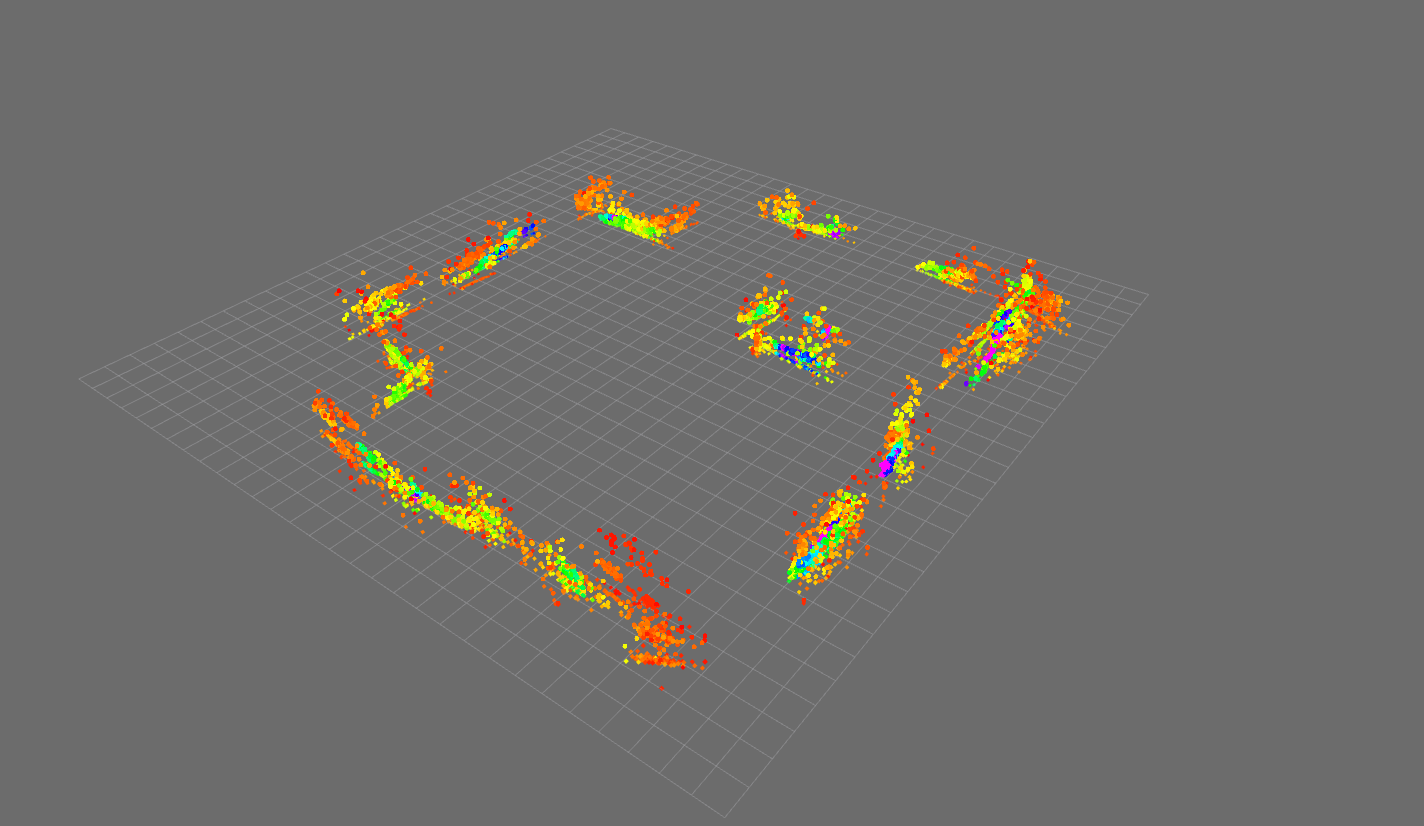 Generally, the output of a 3D Ultrasonic Sensor is a list of detected reflections for each frame, with each frame containing the output of one full measuring cycle. A graphical representation of the sensor output is a sparse point cloud. The information put out by the sensor for each detected reflection contains the 3D coordinates of the origin of the reflection and its relative signal strength. A marker is added to each frame in case it is registered as “noisy”, meaning that the level of ambient noise affected the accuracy of the measurement. The number of reflections and their strengths depend on the reflection characteristics of the object.

It’s not all about the sensors however: the key to Toposens’ technology is its software. 3D ultrasonic sonars transmit ultrasound at a pre-configured frequency and listen for corresponding echoes reflected from objects in their immediate surroundings. These reflections are captured by an array of on-board microphones and passed to the processor as electrical signals. The processing unit exploits digital signal processing functions that are particularly optimized for its architecture to calculate the spatial location of the echo origin, thus furnishing the 3D coordinates of reflecting objects.

How ultrasound technology can supplement other sensors

Close-distance ultrasound technology can complement other sensors in three ways:  first, since ultrasound does not rely on visual components, Toposens‘ ultrasonic sensors can “see” in the dark, through dust and dirt and in varying lighting conditions. Second, the sensor units can detect objects with transparent or reflecting surfaces. Third, the sensors are robust, energy-efficient and can be used in a wide variety of applications. By emulating Toposens’ technology, close ranging sensor technologies such as lidar, radar, and 3D cameras can be complemented. This is why the people from Toposens expect that competitors will eventually try to emulate the company’s 3D ultrasonic approach and that several sensor technologies will be used for different use cases regarding their strengths and weaknesses in the future.