In the midst of the Coronavirus pandemic, like many of us, Marek Koltun began reading articles that featured images of some of the world’s most iconic places completely deserted due to shelter-in-place and other social distancing directives. But because of his career in 3D and lidar, including his current role as a sales manager for NavVis, Koltun saw an opportunity to capture these empty spaces in a way that others could not – through the use of 3D scanning.

“It was unimaginable to see the Eiffel Tower, Big Ben, Colosseum and other places with virtually no people around them. Photographers captured our local destinations, such as the World Trade Center, Brooklyn Bridge, Times Square and Grand Central Station multiple times in photos only,” Kolton shared when describing his work. 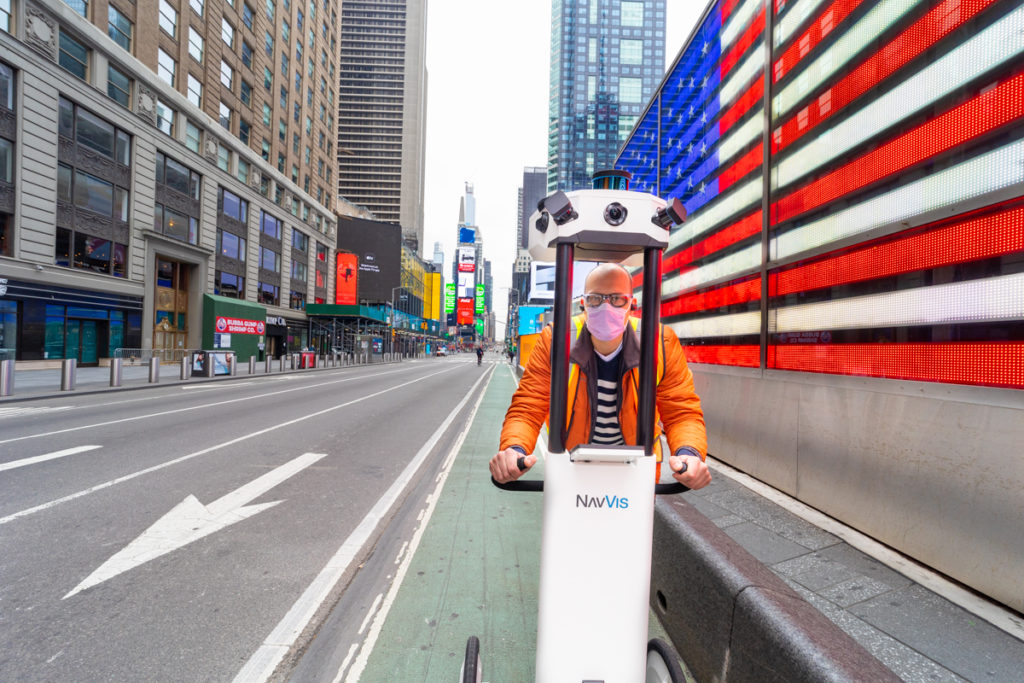 “I believed there was nobody else in the world who had an opportunity to capture those very same locations during the pandemic with laser scanners.”

As someone who is both passionate about laser scanning (with experience using many different laser scanners on the market, as well as his role in sales for NavVis), he knew he wanted to create something new and interesting that people in the lidar and scanning industry might appreciate.

“One Sunday morning, after being stuck in a small NYC apartment for a few weeks, I really wanted to get out a bit. So, I drove by the office and grabbed one of our demo units to take with me to see two places that are visited by more than one million people a day combined. It was truly breathtaking to see them with almost no one present.”

“With protective gear on, it took me about 2 hours to capture 200,000 sq. ft. of outdoor space at Times Square and 20 minutes for a quick scan at Grand Central main Terminal,” shared Koltun.

The resulting scans were shared in fly-throughs of each location, and they are worth a watch, especially if you have ever been to either place during a more normal time.

Even within the constraints of this capture, the haunting scenes have a beauty all of their own.

“Did I get a perfect point cloud? Probably not, but, a rushed scan with no preparation still created an interesting output. I wish I could brag that it was our dynamic object removing algorithms that cropped all the people out of the point cloud, but the reality is that there was barely anyone around to crop out.”

Some additional still images from the scan can be viewed in the gallery below. 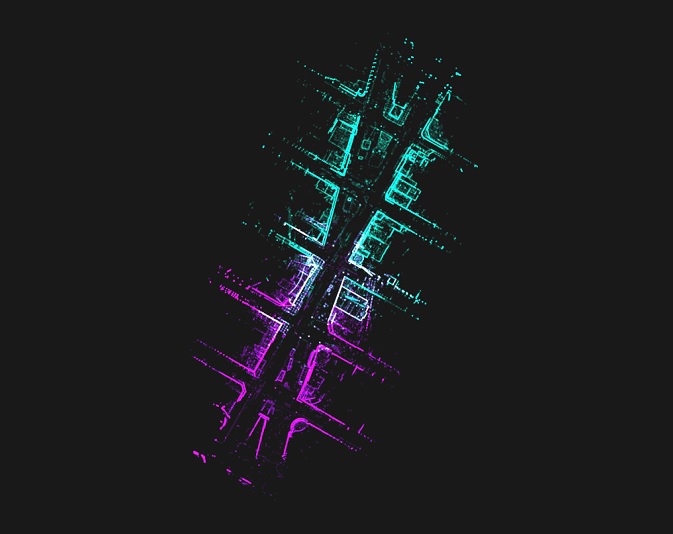 A special thank you to Marek for sharing these images and videos with SPAR 3D.