Touchscreens require users to be near the device to operate them. While this is handy for small-screen devices such as tablets or mobile phones, this can be less than ideal when using large screens in group or multi-user scenarios. CoreDAR’s Glamos device is meant to “untie” humans from their screens, giving them more freedom of movement and flexibility when operating or interacting with any type of display connected to a computer or a similar device. While there are similar devices on the market that offer similar capabilities, Glamos is one of the first to use lidar to track movement within a certain field for gesture control.

The Glamos device senses motion from a human within its range, that is translated into a movement by the device’s operating system that can be understood by the screen that displays the movement, for example, a hand gesture that automatically changes to the next slide of a presentation. Without touching a device or its display, it is operated remotely through motion and in real-time. 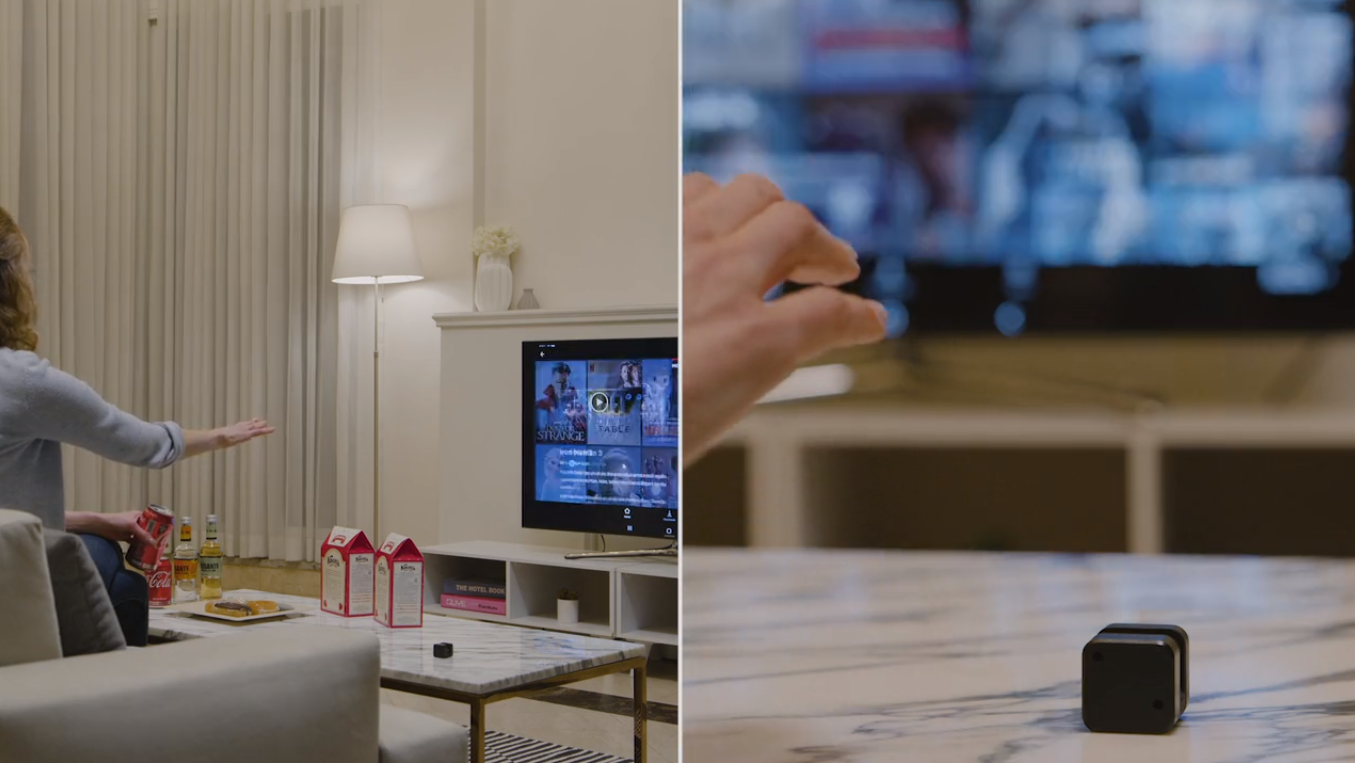 The device can be placed near a screen, or further away, depending on the situation: as long as the gestures are carried out within its detection range of 1 m / 3.2 ft radius, the system will track the user’s movement at a speed of 40Hz. Glamos measures the distance between the screen and the sensor through its distance measurement sensor. Track movement is converted and transferred through Bluetooth so that the movement can be displayed at the screen.

The Glamos device contains a microprocessor consisting of lasers, sensors, motor control parts that are combined with motion recognition software. A rotating mirror module enables the device to sense motion, convert it into touchpoints and deliver it to the device. All hardware components are displayed in a video. Consumers can use it to turn the pages of a document displayed on a tablet without touching the device, scroll through a webpage while cooking, like a remote control to push a menu button on a tv or to play a video game. 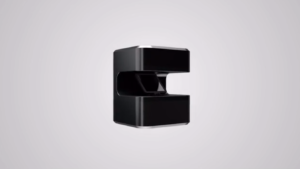 Glamos was started by former Samsung engineer Charles Lee. The device uses lidar technology from Lee’s own CoreDAR company. While there are multiple technologies to add touch technology to displays, CoreDAR states that Glamos offers higher accuracy because of using lidar instead of camera technology.

A Kickstarter campaign to raise funding for the production of Glamos devices will end in February, having already secured more than $175,000. Glamos is expected to be available in two versions: a Basic version that is connected to a host device with a micro-USB cable and a Pro version with a wireless Bluetooth connection. Both are expected for delivery in July 2020.