Epic Games, maker of the Unreal Engine, have announced a major update to the platform with updates that not only benefit the gaming and design industry, but have features that have potential applications in AEC. The release of Unreal Engine 4.25 (UE 4.25) features a comprehensive suite of next-generation tools for game designers, but also includes native lidar point cloud support for the first time.

Before this release, point clouds captured with laser scanning were imported and manipulated via a marketplace plugin. As of this release, the existing Lidar Point Clouds Plugin has been taken off their Marketplace, marking lidar support as a permanent addition to the engine’s native tools.

The update adds support for importing, visualizing, editing and interacting with point clouds acquired from laser scans, as well as support for working with multiple point cloud segments without decreases in performance.

UE 4.25 is available within the Unreal Editor, supporting the major point cloud formats (.txt, .xyz, .pts, and .las). Point clouds can be imported by the Editor by dropping a file into the content browser, or using the Blueprint API. From the Editor Viewport, individual points ca be hidden, deleted, merged or extracted. 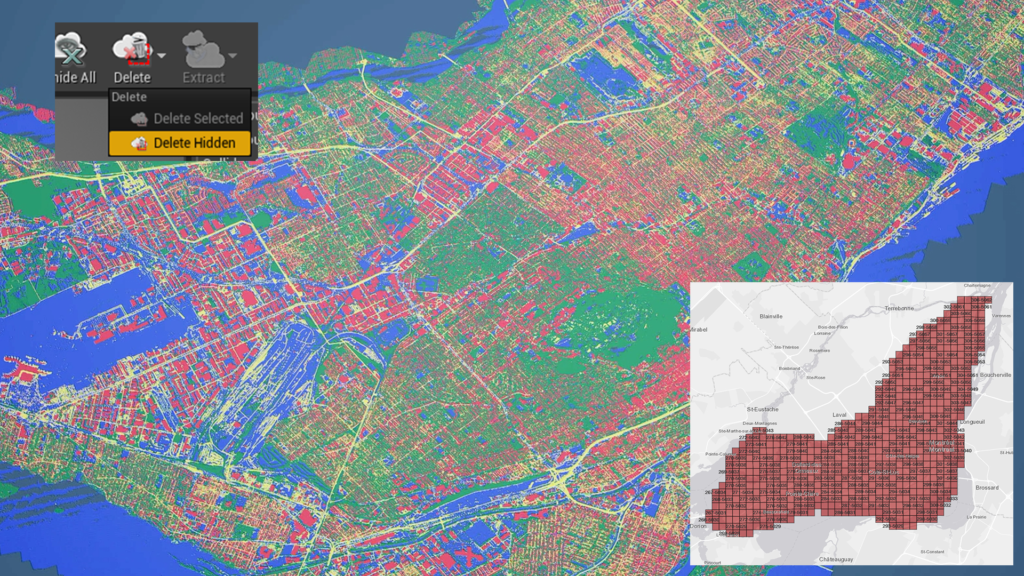 Users can hide, delete, merge, and extract individual points in the Editor Viewport.

Updates to the rendering capabilities include support for “very large” data sets with on-demand streaming of data from files and GPU. This capability, in particular, may help accelerate AEC applications when creating digital twins, for example.

Unreal Engine’s bread-and-butter is their high-fidelity real-time environment that lets designers rapidly create and preview their projects. The applications for AEC primarily focus on realistic architectural visualizations (including in VR and AR) to communicate design renders to outside stakeholders and to catch errors early in the design project. However, the addition of native lidar and point cloud support may make this release a more powerful tool for AEC users, including in the creation and visualization of digital twins.